Tyrannosaurus Rex is one of the most famous and largest carnivorous dinosaurs that ever existed. With the built of a ferocious predator, the T-Rex stands about 15 to 20 feet tall and has a massive 5-foot-long thick and heavy skull that could devour an entire prey. It moves quickly with its long and strong thighs.

It has two-fingered short forearms that they sometimes use to seize their prey. They have sharp serrated conical teeth used to pierce and grip flesh as it ferociously wolfs down its prey.

According to scientists, T-Rex could gobble up to 500 pounds of meat in a single mouthful. Broken bones of other smaller dinosaurs that T-Rex feed on have actually been found in its dung implying that the T-Rex crushes bones with its immensely strong jaw as it devours its prey.

They were known to have lived in forested river valleys in North America during the late Cretaceous period and they are believed to have gone into extinction in the Cretaceous-Tertiary mass extinction about 65 million years ago. 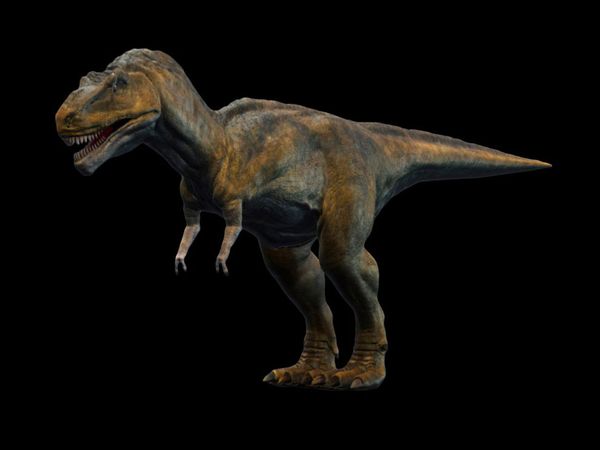 The Velociraptor (or sometimes called Raptor) is known as one of the fastest dinosaurs. They are bipedal feathered carnivores that stand around 7 feet high. They have a long tail and an enlarged sickle-shaped claw on their hindfoot, which is presumed to have been used to tackle down its prey.

The Velociraptor has a large hand with three strongly curved claws with the second digit as the longest and has typically been depicted to be used as a slashing weapon.

Fossils of Velociraptor have been discovered in Mongolia and they are believed to have existed roughly around 71 to 75 million years ago during the latter part of the Cretaceous Period.